How you get involved with The One Love? And can you tell us the background behind the website (theonelove.org)?

Two things came together, Cassie Petrey, and Jade Driver, were actually helping out with some new media and promotions over a year ago now. One night I was talking, or probably complaining more than anything. I was talking about music and I was going into my own little world and I was rambling, and rambling, and theye like, en first of all shut up (probably) and second of all you need to blog? I didn know if I was a blogging kid, but then I kind of changed my mind when I looked at it as an art thing. It the same thing I did in college. I use to love writing essays, and if you look at it as a piece of art then it great. It such a pretentious thing if youe not careful, but if you look at it like anything you do, writing a song or music, it just another piece of art. I remember it came together one night .. Like tonight, our fans are insane and it great and there all this energy, and when youe that young energy can go positive or negative. And I was like, if we can get 10% of all that energy we could probably do something with charity like having a food drive at a show. So I started thinking about it and then all of a sudden I was like, ait a minute!?what if we combined all these things that Ie been wanting to do forever with this site. I not in U2, my bands not big, but with a community of fans you can start doing a lot. That when we got really excited and came up with the idea.

Each blogger on the site has a specific charity that they help raise money for, which charity did you chose to represent, and why?

My charity is the Namugongo Fund for Special Children. Its hard because it such a distant thing, it in Africa. What they do is help orphans with AIDS, they give them breakfast, they give them education, they give them medications. AIDS is already such an insane epidemic and for some reason I grew up reading, and reading, and reading about it. I just read all about it and was fascinated by the heaviness of the situation. Even more than that there prevention and education. I was turned onto that by Frank Ciampi, another blogger. His band has been awesome, he does a lot of AIDS stuff in Boston, and wee done stuff with her before. He recommended us and I thought it sounded like a great idea.

The One Love had a show in London, and more recently one in New York where you raised $750 for Autism Speaks. Can you tell us a bit about the New York show?

A lot of people that wouldn normally come together came together. We had this really warm night of sharing songs, trying out new songs. That what it all about, I love creativity and sharing that with people. I enjoyed watching my friends play more than anything, and singing along. Most importantly we raised some money and you can go wrong with a night like that.

How you decide that the shows proceeds would go to Autism Speaks?

I was thinking about how Stop The Traffic that we met with in London is more of a people powered type thing where as Autism Speaks being a research based organization was more of a money fueled thing. I figured let them take the reigns on that one. Wel probably pick others as we go based on what makes the most sense for the situation.

There are celebrity bloggers on The One Love site now. In the future will the site be open for the public to blog?

Wee about to open up for comments and I excited for that because it the most important part. Wee adding some artists and there some ones coming up that I really psyched about. The more we go the more artists we like to get on board. It a possibility, I don know yet. I think wee just going to start with the comments and see where it goes. I think it a possibility.

YouTube is known for creating a buzz and reaching millions. You seem to have taken advantage of that with Click Five and Behind The Band?series, and your holiday musical Miracle on Bedford Ave. Are you hoping to reach a broader audience using this medium?

Absolutely. One thing that amazing about YouTube is that people like bizarre things and that proof of it. It a peoples choice type of thing so it only smart to utilize it. It a great opportunity for people to be really creative regardless if it a band or not, and I love that. And it free!

Our fans in Asia are amazing, and our fans here are also amazing. Wee trying to figure it out. It complete insanity when you land at the airport, when you wake up in the morning, everybody is in the hotel lobby, it just really weird. To be honest we didn expect it. Wee just got to figure it out in the States. I can go through logistics of it, we put a kind of upbeat song called, enny?out and we went against Akon and Timberland and it didn work, and of course it didn work. But that just the thing, I don think that the end of the day. I don listen to radio, I think it a fine market for a certain crowd, but I find music either way. There a lot of different ways to do things and wee just trying to find a way to do it and not go broke in the process. You have to hit the pavement, it part of being in a band. You need to live and suffer a little bit. Do we have any magic solution? No. Cause if it were Rocket Science then everybody would be doing a great job and everyone would be successful. I will say this, I very proud of being in a band with some very talented individuals, theye my friends, theye hard workers, and theye really gifted. I think the band is capable of a lot it just a matter of what wee allowed to do.

How are the shows different in Asia vs. the States?

Different markets are different. We can do a full hour and a half set in some places. Somewhere like Japan we enjoy a lot because wee looked at as an Alternative Press band which in our minds we consider ourselves. I know the marketing doesn?t say that but we enjoy that. America is different, you turn the TV on and it more visual. I like art and I like visual but you can beat it into everyone head that you need to listen to good music. You just need to meet somewhere in between and try to come up with a strategy. Wee going to come up with some stuff. We just shot a great ideo for mpty?that we really enjoy and I want to utilize that.

When did you shoot that video?

We shot it right after the BMA with two hours of sleep in the cold. That was the first time honestly it was like, k nobody is going to give us a budget? We got a tiny, tiny, amount from international and I think wee made a better video than anything wee made because we made it.

Was it friends that shot it?

Yes, it was a couple friends from LA, theye really awesome guys. Theye a team and they own a production company. They want to be artists, and they wanted their video to be just as good as we wanted it to be. In American it based on ideas and there are so many ideas and what people have to remember is that ideas generate money, money doesn generate ideas.

The Click Five won a Boston Music Award for Outstanding Pop Act of 2007, how does it feel to gain respect locally?

Underneath all of these silly little marketing circuses everybody hangs out and either you get it or you don get it. In Boston there something that?s a little more organic with our friendships with the community. Besides the award it was fun to hang out and see all of our friends.

Some of the really creative ideas that I was talking about earlier wee going to try out, wee starting to pitch that this February. Wee also planning on returning to Asia in mid April to do a full on tour, it going to be pretty rad so Asia fans get ready. In the meantime I open to ideas, hit me up, let me know what up, come onto the forum and post it if youe got an idea because wee open to a lot of stuff. I like the creative aspect of trying to figure out how to break the band in the United States. We would like to tour, we miss touring on the West Coast, the South, the Midwest. If enough people demand it wel be there, so get it going baby, we wanna come there! 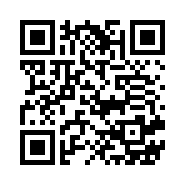