The boys from Click Five are very cool...With their big hit single, Jenny, about the girl that messing up with his boy, a minute say ok, another seconds she's mad, this band is already an idol of many girls all around the world.

Beside their songs playing all around the radio, the members are cute too! I'm falling for them too...Still in my head how's the Java Musikindo concert with BEP in Istora Senayan, last Oct 20th is so awesome.

Weits...u've read the review of LA Lights The BEP "Black Blue and You Tour" on the last edition, right???

Plus the day after the concert was held by Java Musikindo, they're doing a showcase and M&G at Ritz Carlton Hotel, Jakarta.

Kyle, Joe, Ethan, Ben and Joey started from Philippines, then Bangkok, and last Jakarta, from 19-21 Oct, and then have the show on Sgp, Taiwan, Tokyo, KL, and the last in Seoul last Nov 10.

Joey's the most naughty one.

They're heading from a music school named Berklee College of Music in Boston, Massachusetts. Joe, Ethan, Ben, and Joey are in the same year and even roommate there.

And, Kyle is their below year mates. "It was great, the most remembering time, Ethan and I has the same class every Tuesday, And we often get in the class very late, because he's too organized, need to prepare anything first. You know, we had a lot of party together, Joey's the noisy one.

He jokes a lot and the most naughty one. But luckily i'm a good person, ha..ha..ha..", Ben told us, while he was very tired but still got an interesting story about his friend.

All about their girls.

"Pretty inside is the best. Most of girls we like don't wear make-up. No need to worry about ur eye-shadow or whatever.

I don't have really specific type of girl.." Joey said. Well...girls we got some opportunity too hook up with Joey.

While Ben like the confident women. "So pretty is not about trying all kinds of make-up products. If you're confident, you know who you are and sure about yourself, that makes u interesting",

Ben's message to all Indonesian girls.

Joe, the shy and quite one lead guitar, also don't like girls that has to changed their looks. "It's always bad if women try to change themselves just to impress guys! I like it more a nice, funny and love to laugh.

If phisically...i love the girl with brunette hair," Joe said.

Since their second album, Modern Minds and Pastimes has been released, The Click FIve are busy with touring all around the world.

Before the Asian Tour with BEP, they've touring the US with Hillary Duff. Along the tour, they had some things that can't be left behind.

If Ben and Joe love to bring their baseball gloves, Kyle actually can't live without his neck pillow.

"Beside the book and laptop to still keep intouch with my friends, i always bring my iPod to listening some music all the time and to record my voice, i love to sang crazy voices before the show.

And one more, neck pillow, it's always important to have a good sleep on the plane," Kyle said.

Ben: When showcase and M&G, Joe has the most smile to us. When the fanz are screaming out his name, he's extremely staring and pointed the fanz. So happy...

Joey: He's a drumer so can't get in "touch" with the audience. And that what makes him getting to know the fanz a lot more while the M&G.

Kyle: At the last concert there's a lot of fanz wearing the T-Shirt wrote I Love You. U know what, this cute boy found out that these happening in every concert and place.

Ethan: Ethan is the most quite one while on stage, but when he's talking, he could be so noisy...telling everything especially music.

Joe: Joe's the most quite one, look so serious. While actually he can be so noisy too.

1st pic : JOey's the most nicest and always say hello to fanz first, "Hi, nice to meet you..."

3rd pic : WHile the photoshoot, Joey and Ethan is the most naughty one.

4th pic : "So tired, less sleeping, coz last nite i have a party after the concert" Ben told Keren Beken. 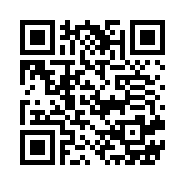